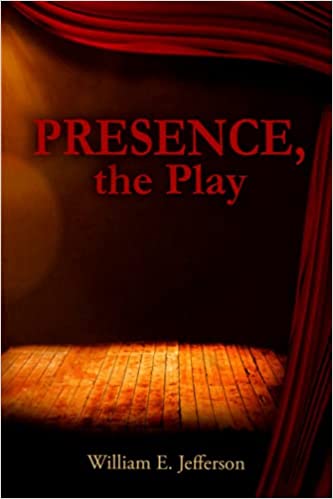 Jefferson lightly touches on myth, fantasy, and spirituality, crafting an allegorical tale of today’s America. Script, a playwright and monk, is content living on the Isle of Estillyen and working on his plays. On the opening night of Presence, his long-awaited play, Script suffers a devastating fall in the theatre balcony that puts him into a prolonged coma. With his friends from Estillyen’s Order of Message Makers watching over him in the hospital, Script struggles between life and death. But soon finds himself thrust into the underworld and sets on an adventurous quest to a spiritual warfare with the dark forces at the opposite end. He must succeed or risk losing the Isle of Estillyen to darkness forever. Jefferson flawlessly blends an adventurous tale with spirituality, bringing forward an engrossing story of secret bargains, righteous quests, faith, perseverance, history, truth, falsehood, and unraveling of human yearnings in a world of flourishing egos. He embraces dark and sometimes-utterly grim of humanity, but there is a dose of humility and kindness to his characters. Script is a normal young man, trying to do what is right, and readers will admire his coming-of-age journey to understanding and meaning. The pace is even, and the narrative flows smoothly throughout the book. Though metaphorical, Jefferson keeps the story wholly transparent, making it clear what the characters and plot turns signify. But there are parts that are left to readers’ interpretation: for example, names of the characters carry an important meaning in themselves, but it’s up to the reader to interpret them according to their own perception. The vivid descriptions of the Isle of Estillyen make the setting come alive. The darkness at the heart of the story is menacing and so do the intimidating villains. Throughout the narrative, there is a sense of mystery and doom. Jefferson’s writing is fluid: as you read, it draws you further and further into Script’s vastly altering world. There is otherworldly war between light and darkness, daring escapades, and life-and-death situations. The novel hits on relevant and timely issues like the role that personal presence plays in the essence of life and real and tangible versus artificial existence while exploring themes of truth, falsehood, resilience, courage, failure, integrity, and perception versus reality. This engrossing tale of light versus darkness revels in humility and hope, making for a thoroughly engrossing read.