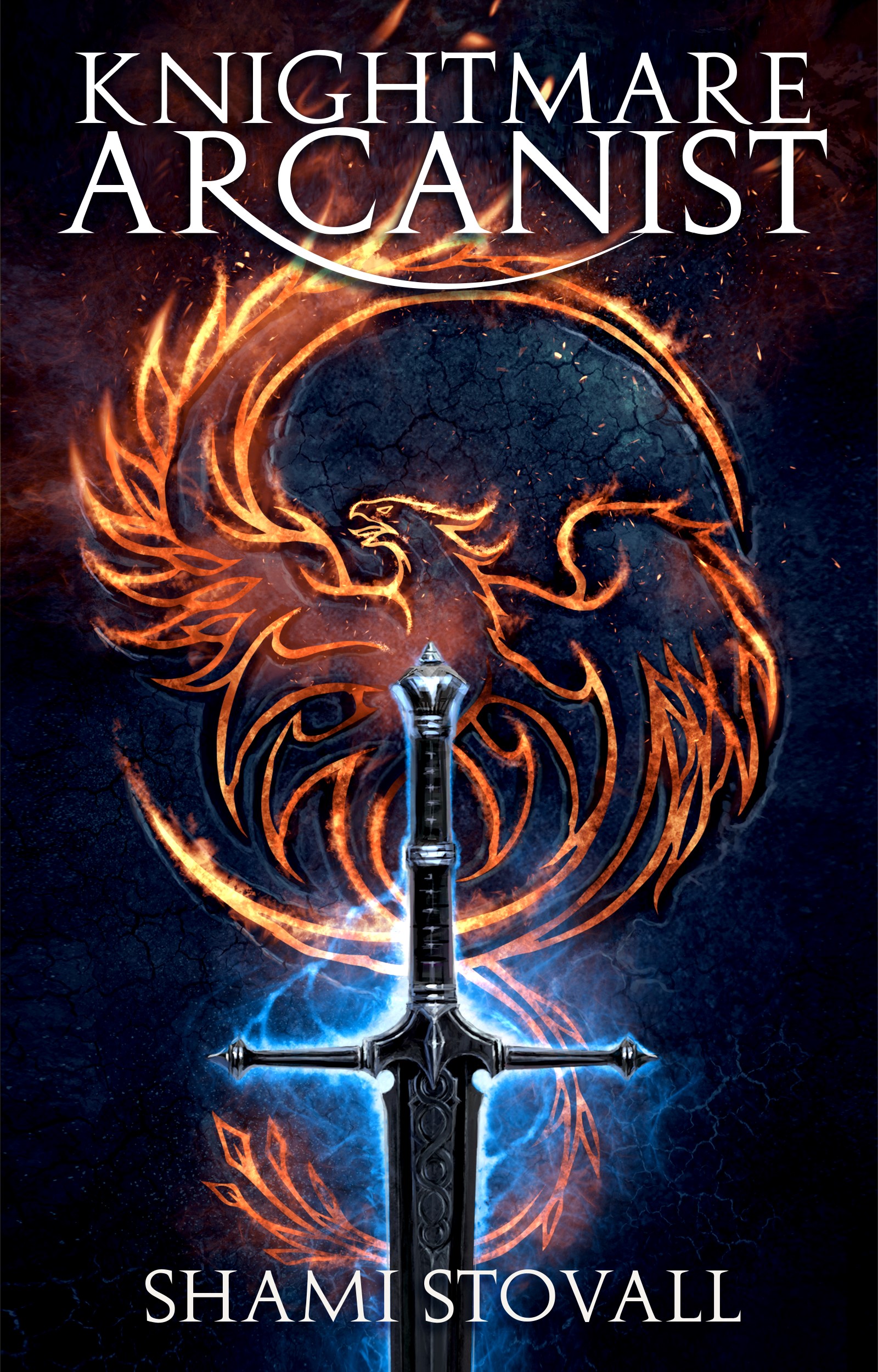 Richly crafted and laced with wry humor and intriguing magic, Knightmare Arcanist is a fast page-turner…

In this first installment in Frith Chronicles series, Shami Stovall tells the story of Gravedigger Volke Savan who has seen just one dream: to be an arcanist—an individual capable of wielding magic, and leave his gravedigger’s life behind. Volke faces a multitude of hurdles and beats tremendous odds to bond with the mystical knightmare—a creature made of shadow and terror, and realizes his lifelong dream of becoming an arcanist. He can wield magic now, and he gets to train near Master Arcanist Gregory Ruma, his idol: the legendary magical swashbuckler. But knightmare has doubts about Ruma. Someone is spreading corrupted magic and killing thousands on the island nation, including mythical phoenixes, and knightmare suspects Ruma. To save lives, Volke has no other option than to confront Ruma. But he is mere trainee and Ruma is the master arcanist. Will Volke emerge triumphant? Knightmare Arcanist has an impressive premise, a solid plot, and great action. Stovall’s characterization shines as she takes a layered approach with her demonstrative portraits of Volke, other teens, and the mythical creatures. Volke with his doubts and sheer will instantly makes readers fall in love with him. Illia is likeable with her bravery and a wry punch of humor despite her insecurities about her looks. It’s heartening to see Zaxis with all his haughtiness possessing a heart at the end of the day. Nicholin is too cute with his fluffy, pompous talk, and the recluse Luthair is an absolute darling. The protagonists are in their late teens, but don’t let that put you off. The book will appeal to readers of all ages. The dialogue is razor sharp with a tinge of wry humor (Lyell’s exchange with Volke and Illia). The narrative shows Stovall’s convincing flair for creating engrossing content (the episode of Lyell getting into trouble with the white hart). A bit of background for Master Zelfree would have been nicer although by the end, the reader realizes Zelfree’s reason for turning to drinking. This swift and humorous adventure will leave readers eager to see the heroes grow into their considerable powers and make them wait anxiously for the next installment. A novel that is sure to enhance Stovall’s reputation as a solid author. Highly recommended to fantasy fans.