Home › Action and Thrillers › Me and My Murderers by Darren Burgess

Me and My Murderers by Darren Burgess 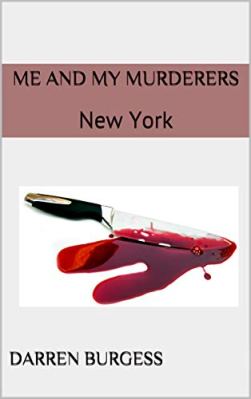 Burgess’s Me and My Murderers is both original and intriguing and promises to please fans of fast-paced thrillers. What started as a mere time pass for Fixer turned out to be a lucrative business venture flourishing at a high speed. When Fixer helped his first assassin escape a slightly unflattering situation, he was unaware of the blooming collaboration the future held for them. But as they form a solid partnership, Fixer realizes he needs more people if he wishes to take his ambitious undertaking to new heights. With three top-notch assassins at his side and a vicious gang war in the city, the business is expanding, but the city’s police boss Franck Ducky has Fixer and his murderers on his radar and they can get in trouble if they’re not careful enough. The heroes in the story are professional killers. But despite their grim profession, they are quite endearing, especially Dutch. In spite of its morbid theme and descriptive violent scenes, the book is a delight to read with its interesting, unusual premise and a narrative tinged with subtly dark humor. Written in the first-person narrative, the story is told from the perspective of Fixer and Franck Ducky. Both of them are well-sketched, rich characters, and as the narrative shifts from one to the other, it changes in the tone accordingly. Fixer’s super success with the aid of sophisticated technology is a bit implausible, but not highly so. As Burgess delves deeper into the nitty-gritty of the crime world, the narration accelerates and becomes increasingly focused. A satisfying read!

Me and My Murderers

‹ Deserve to Die by Miranda Rijks
The Patient by Steena Holmes ›

The Necromancer’s Dragon (A Northern Necromancers Romance #1) by Amy B. Nixon