Escape from Celestial (The Story of Evil #2) by Tony Johnson 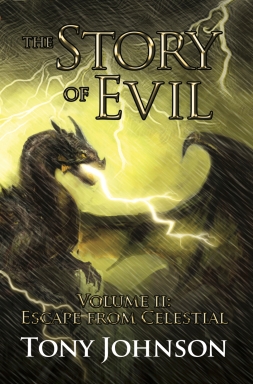 This action-packed sequel to Heroes of the Siege will take readers to a breathless, cinematic adventure…

Escape from Celestial picks up right where Heroes of the Siege left off—after making a daring escape, the trio: Steve, Ty, and Kari, found themselves trapped once again as powerful enemy forces have no intention to let the heroes escape easily. The sequel also focuses on a new character, Grizz, a mighty dwarf, who meets the trio along the way on their dangerous journey—together they fight vicious monsters and learn hidden secrets about the formidable Hooded Phantom. Johnson’s action-packed, suspenseful adventure will keep the reader guessing until the end with shocking new revelations, which paves the way for the next installment in the series.

BookView review: A Wicked Wind: Book 2 of The Archanium Codex by Nicholas McIntire

BookView review: The Adventures of Vylette Bunny and Michie: Love at First Bite by Michelle Crichton (Author), I Cenizal (Illustrator)