Home › Fiction › I, Charles, from the Camps: A Novel by Joel D. Hirst

I, Charles, from the Camps: A Novel by Joel D. Hirst 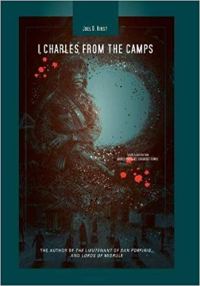 Charles Agwok is a black boy born in Uganda and lives in a refugee camp with his parents and siblings. While most of those refugees population is content to live a life of hunger, desolation, and utter poverty, Charles has dreams. Circumstances make him leave his camp and his family behind. What ensues is one man’s journey of becoming someone else driven by hunger, poverty, and greed—making difficult choices and killing his conscience entirely on the way. This book is not for the faint-hearted – it has rape, murder, and violence depicted in a cruel way. The plot, the story, the characterization is first-rated. Joel brilliantly weaves the story of Charles’s transition from Charles Agwok to Okot making I, Charles, from the Camps: A Novel a fine piece of literature.

I, Charles, from the Camps: A Novel

BookView review: Peace in the Abyss by Tayo Emmanuel

A fast-paced and nuanced suspense thriller... Rivera crafts an absorbing thriller around a woman’s nyctophobia in her engrossing debut. Lucie Arnold seems to have it all: a solid marriage, a happy, energetic child, and a satisfying career. But her acute fear of the dark is wreaking havoc in her life. When three dangerous intruders force themselves into her house on Halloween night, Lucie knows she must get ready to face her fear if she wants to see her daughter again....
An action-packed and remarkably inventive fantasy.... Alpha Four layers his series kicker in the Far Forest Scrolls series with this thrilling tale of magic and mayhem. It’s been decades since the White Wizard stormed across the Dark Sea and ravaged Verngaurd. But peace of the land is once again in danger. The key to stopping the looming evil is to find the source to all magic....
Book review: Iris of the Willow: Part 1: February 29th by Michael DeDominicis
BookView Review: Iris of the Willow: Part 1: February 29th by Michael DeDominicis